QuantumPath®, the Quantum Software Development and Lifecycle Application Platform, has incorporated IBM’s Qiskit QAOA technology as an additional target of its several approved QPUs for annealing algorithms. With this technological addition QPath® users can launch the algorithms generated with the QPath Annealing Compositor™ on IBM gate-based quantum technologies, both using the local QuantumPath® Qiskit simulators and connecting to IBM Quantum Experience QPUs.

This new feature increases the multiple QuantumPath® advantages for the development of optimization algorithms. Without changing anything in the annealing algorithms generated with QuantumPath®, the solution can be linked not only with Amazon Braket, D-Wave and Fujitsu annealing technologies,  but also to the new annealing provider based on IBM Qiskit QAOA technology. 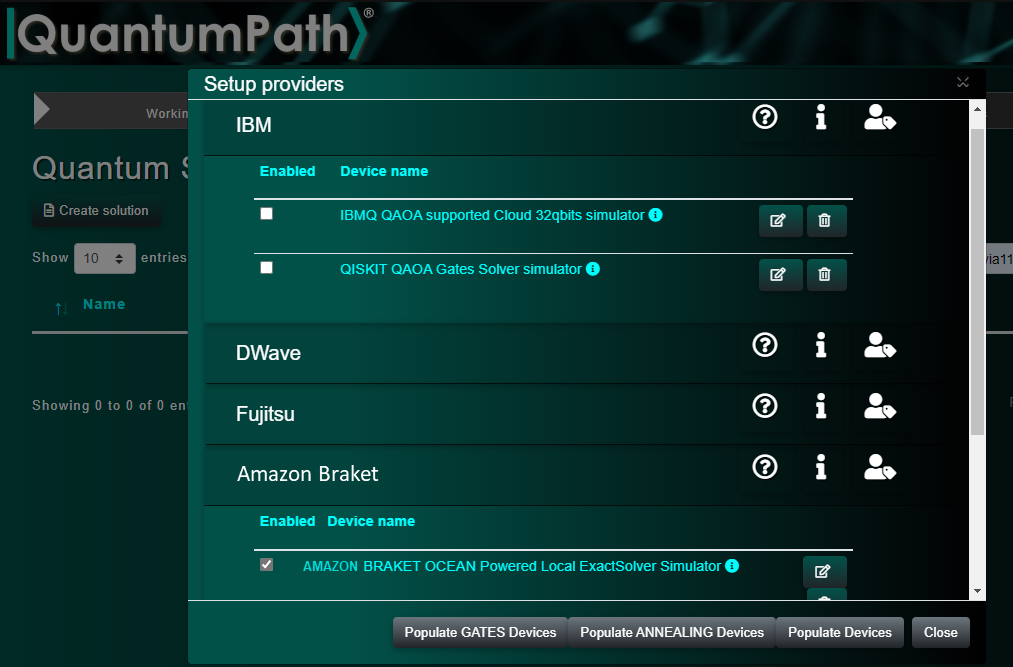 Develop an optimization quantum algorithm, run it on different annealing quantum computers, and now also link the solution to the new quantum provider and run your algorithm on this gate-based quantum computing technology. It’s that easy with QuantumPath®.

You can access QuantumPath®, the first quantum software development platform for the hybrid solutions ecosystem, through four types of subscriptions online, including a free one: QPath® Free Developer.