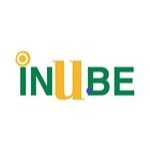 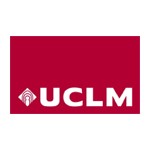 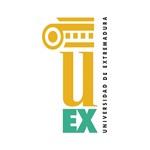 The general aim of project “QHealth: Quantum pharmacogenomics applied to ageing” is mainly human-oriented: the increase in longevity and quality of life of older adults. QHealth will address this issue conducting a research on the correlation among the genetic variables and other variables related to the health history of the patients. The study will include the adverse reactions to prescribing drugs in order to predict unwanted side effects of a specific one. This will be analyzed in function of the drugs consumption history of the patients, the reactions the older adult has experimented, and his/her physiological and genetic limitations.

In order to achieve this aim, QHealth will study and design scientific, methodological and technological models to establish the scientific and technical fundamentals of a classical/quantum hybrid system able to carry out optimizations and simulations whose realization in classical hardware is not possible in acceptable timescales.  The hybrid system, in combination with classical health applications, will give its outputs to medical professionals involved in prescribing drugs to older adults. This will not only have a human impact it will also have a financial impact because it will optimize the investments that health systems make in financing drugs and address the adverse effects that drugs often generate in older people.

According to the general aim of the QHealth project described above, it has been selected the “Misión” of the “Misiones Ciencia e Innovación” call for innovation projects supported by Centre for the Development of Industrial Technology (CDTI). The focus of the research project is the following: “To address illness and necessities related to ageing”. The project includes a wide range and diversity of research tasks, as it is described in the report, in the 3 fields defined for this “Misión”.

In the scientific field, the most important aspects that allow QHealth project to reach the top world position of basic research in quantum pharmacogenomics and also validate the points to improve in the “Misión” selected, are the following:

The QHealth project will make all of the above possible thanks to the excellent scientific and technological complementation of the multidisciplinary teams of researchers and technologists from the companies aQuantum, Gloin and Madrija and the collaboration of each of them with Knowledge Creation Centers the University Institute of Biosanitary Research of Extremadura (INUBE) in collaboration with the Pharmacogenetics and Personalized Medicine Unit, the University of Extremadura (UEx) and the University of Castilla La Mancha (UCLM).

Given the research characteristics of the QHealth project and the state of art described in the summary, we think it will have a strong positive impact in terms of new results and the corresponding intellectually property right. In the execution of QHealth project, multiple scientific and technological models will be defined. In this way, the strategy will consist in converting the models accepted by intellectually right advisers (intellectual property rights advisers) into utility (useful) models and the corresponding patent applications.

The aim of the members of the Consortium is to exploit the results of the research of the QHealth project for the development of the artifacts required for a hybrid classical/quantum platform specialized in services to pharmacogenomics applied to ageing. The execution of those future developments will be carried out both individually and with the collaboration of aQuantum Partner Network, the collaboration network of aQuantum in which participate all the companies of the Consortium. This assures the continuity of the research up to the practical application of results.

Finally, we recognize the interest in the QHealth project shown by different national and international institutions.

The project, presented to the “MISIONES” program of the Centre for the Development of Industrial Technology (CDTI) of the Ministry of Science and Innovation, started in August 2020.

On November 27, the Center for the Development of Industrial Technology (CDTI) of the Ministry of Science and Innovation of Spain, made public the list of the granted projects among those submitted to the call for the 2020 CDTI Missions Program, within the framework of the Spanish program of Business Leadership in R&D. The detailed list of the granted and rejected projects can be consulted on the CDTI’s Science and Innovation Missions page.

In this Misiones call, the project “QHealth: Quantum Pharmacogenomics applied to aging”, which has a total budget of € 5,160,477.00, has been approved. The approval of the project by the Misiones 2020 program means that the QHealth project will receive a 3,671,281.69 euro grant from the CDTI.

The general objective of the CDTI Missions is to support major strategic initiatives, intensive in R&D and developed in public-private collaboration, that incorporate the latest scientific-technical trends and technologies to identify and solve the challenges of critical productive sectors for the Spanish economy.